The best concise description of a split bamboo fly rod. 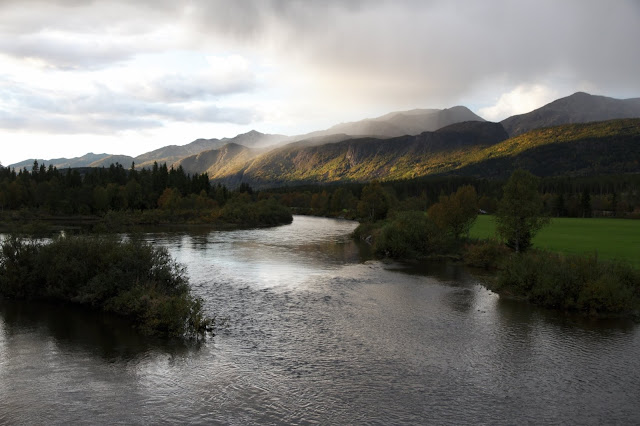 Yet again, this river has given me some good memories.
Lagt inn av Jan Olsen-Nauen kl. 09:24 Ingen kommentarer:

We are in the darkest time of year, the snow that normally light up the day are still missing, one good thing is that the daylight hours are getting longer due to the winter solstice. Anyway, It's time to

make a withdrawal from the memory bank. This one from June last summer, a warm overcast day with a nice little hatch of Baetis Rhodani. I was walking up one of the side channels of my favourite river, trying to spot a rising trout. And it didn't take long before I spotted the first trout. Steady rising, just inches outside the opposite bank, so close to the bank that the nose of the fish touched the yellow flowers who hung out from the riverbank. 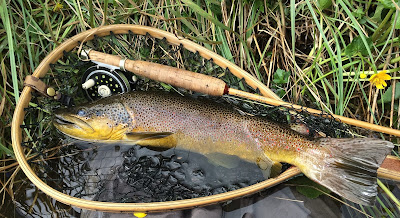 Perfect, this was one of the easy ones to catch, I could count to ten between each time the nose of the fish came up and sipped a insect. After several attempts to catch the fish nothing had happened, he was still there, steady rising, and not easy at all. The side channel was not wide, just around twelve yards, so I could easily see the fish eating almost every baetis that sailed above him. 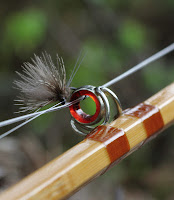 Checking the fly box one more time and realise that fly switch is not the solution, must have faith and believe in the pattern. The next cast was to long, touched the yellow flowers at the opposite bank and fell down smooth as a little feather, a yellow nose came up and the fish was on. The fish was a strong fighter, but the bamboo rod did the job, and with a smile on my face i could put the net under the fish. When I was about to release the the hook from the fish and put him back, I discovered that the left eye was all grey, the fish was probably blind and did not see the fly sailing by on his left side. After this I felt for a brake and walked 60 meters down the river to make a cup of coffee, waiting for the water to boil I spotted another fish rising just outside, perfect distance for some filming. I spent almost an hour drinking coffee and watching the fish eating, both on the surface and below. This fish I left alone, just watching him at this distance made me smile.

Been a while since the last post. Starting up again with a couple of images from river Hemsil in Norway. Beautiful scenery and fish with some nice colour, this is from July this summer. 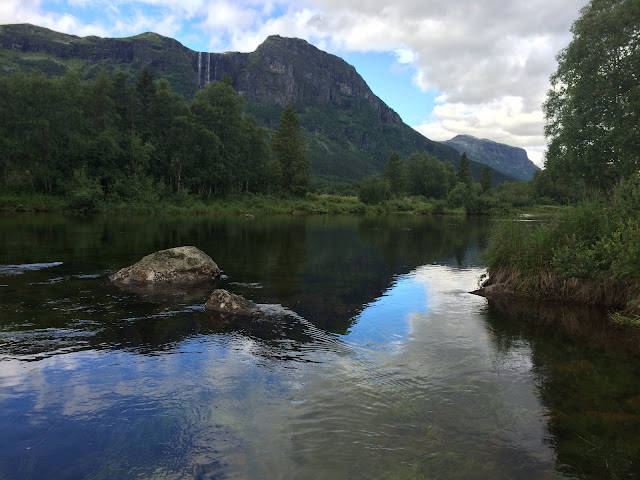 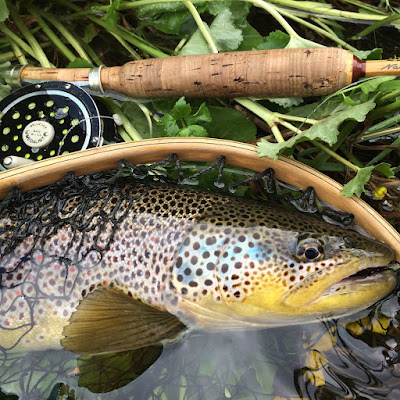 The same thing happens every year, April month surprises me with it's arrival, and it's time to make this winters bamboo rods ready for the upcoming season. And with three coats of varnish applied, the first rod is ready for the stream. So here are some pictures of the first rod out, a sweet little 7' 4wt based on a Payne 98 taper. I've used cork as the material for reel seat's on several rods and think it works great, cork is light, durable and will, when combined with a butt cap and sliding band, hold any trout reel firmly in place. Wrapping the guides I'm using primrose Gossamer silk, with one turn of Gossamer brown silk for the trim wraps. 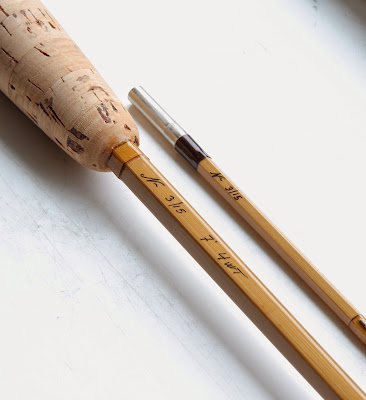 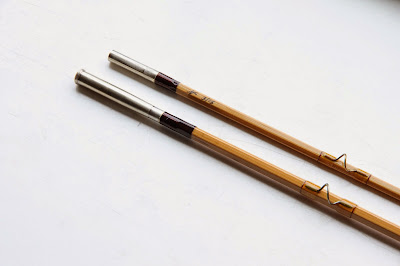 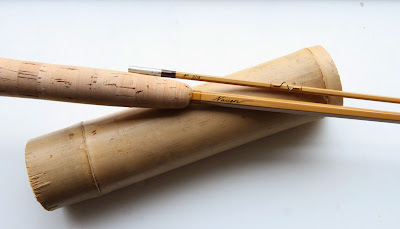 A friend asked me if I could tie a selection of north country flies for him for the upcoming season, and since that's just another good excuse to tie some spider's...I'm happy to do that. And since midges are the first thing we're probably will see, I selected some patterns that I think will do well when the midges arrive .

The first fly out is one of several
versions of the Little Black....

Nice "greenish" glow on that magpie rump feather....this is the first time I'm using this feather. 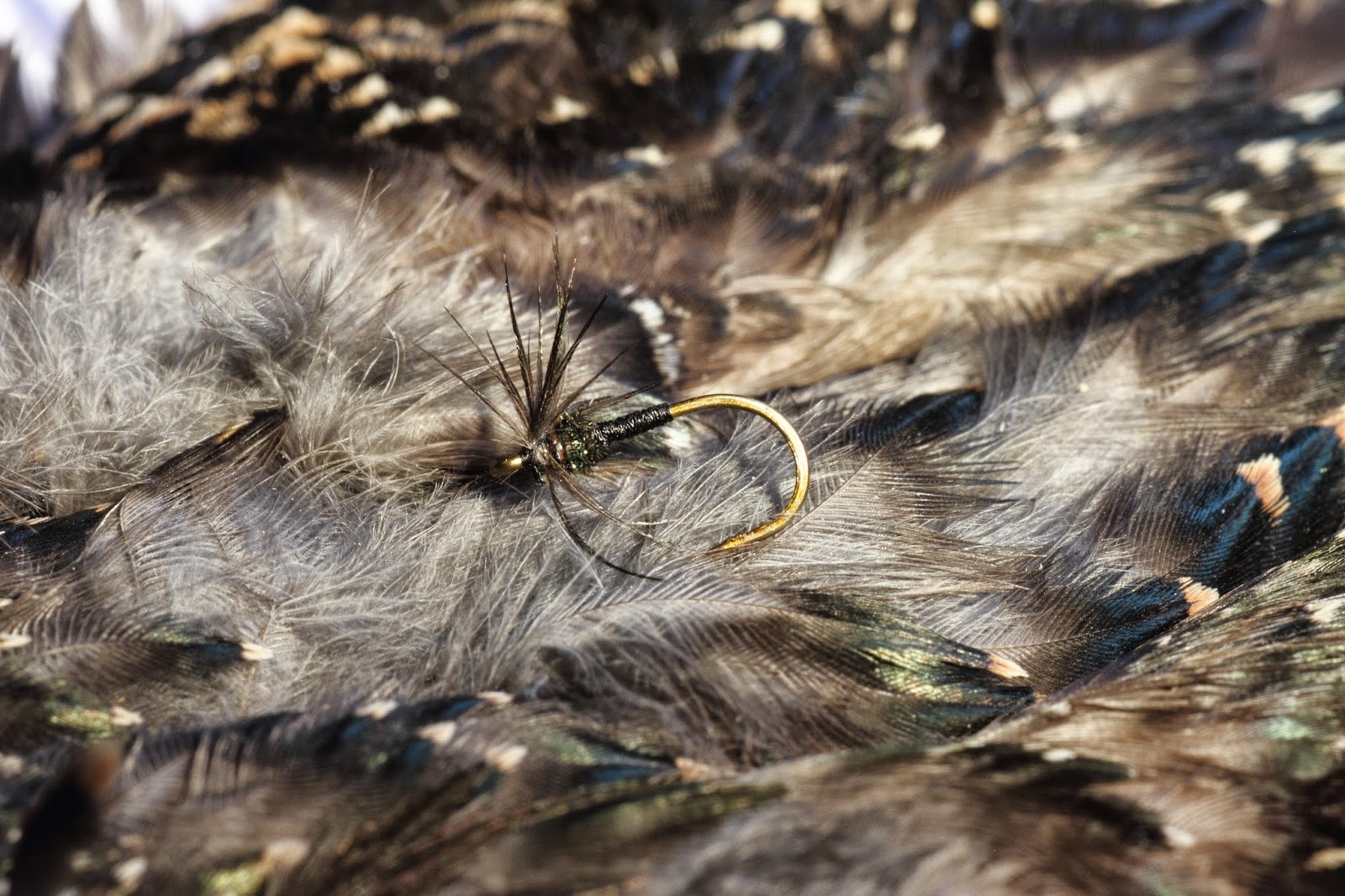 The next one is the Black Magic, had some really nice evenings last summer with this fly when the trout were steady on midges. 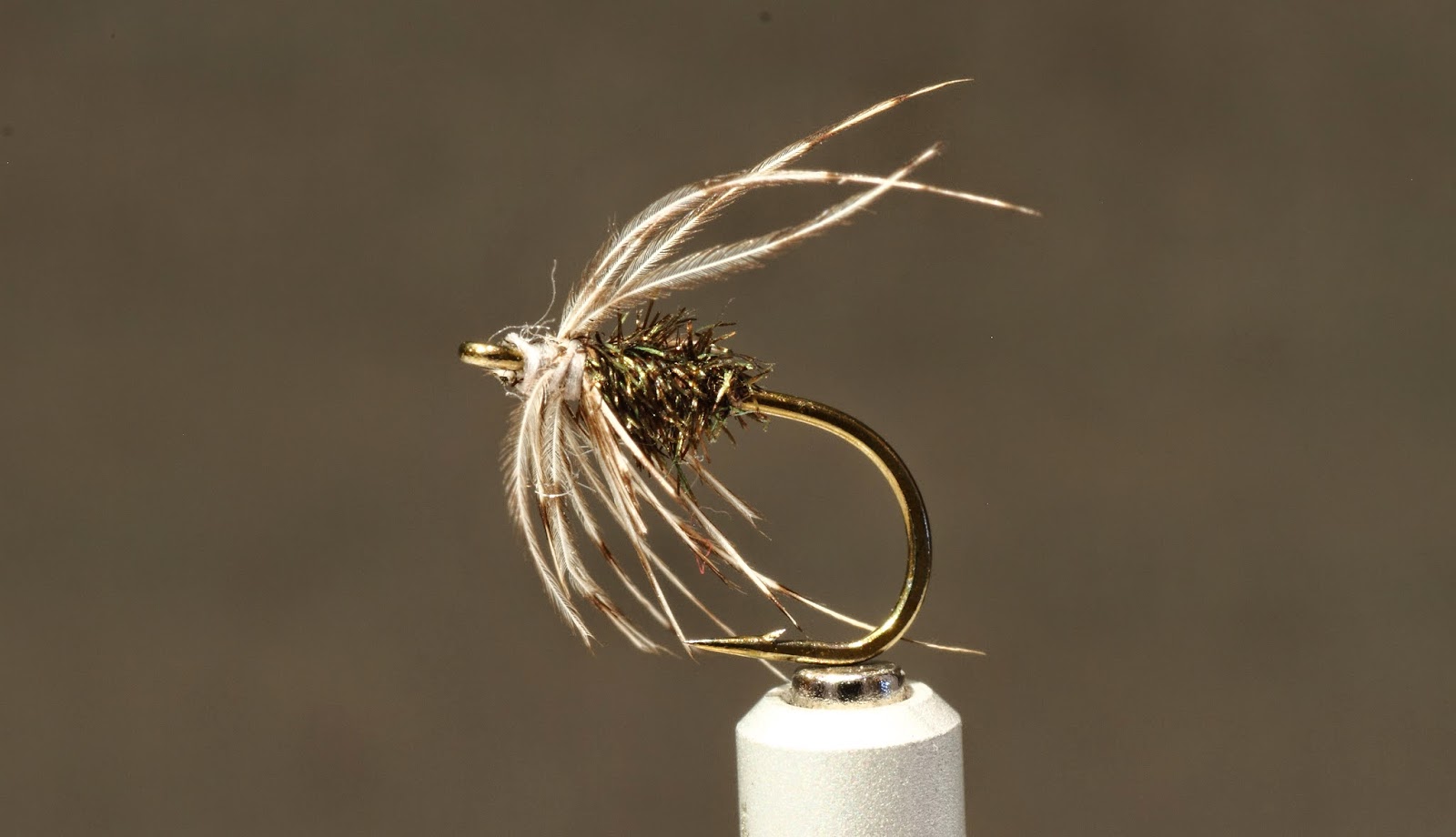 The third one is Sylvester Nemes
midge pattern.....Syl's Spider. 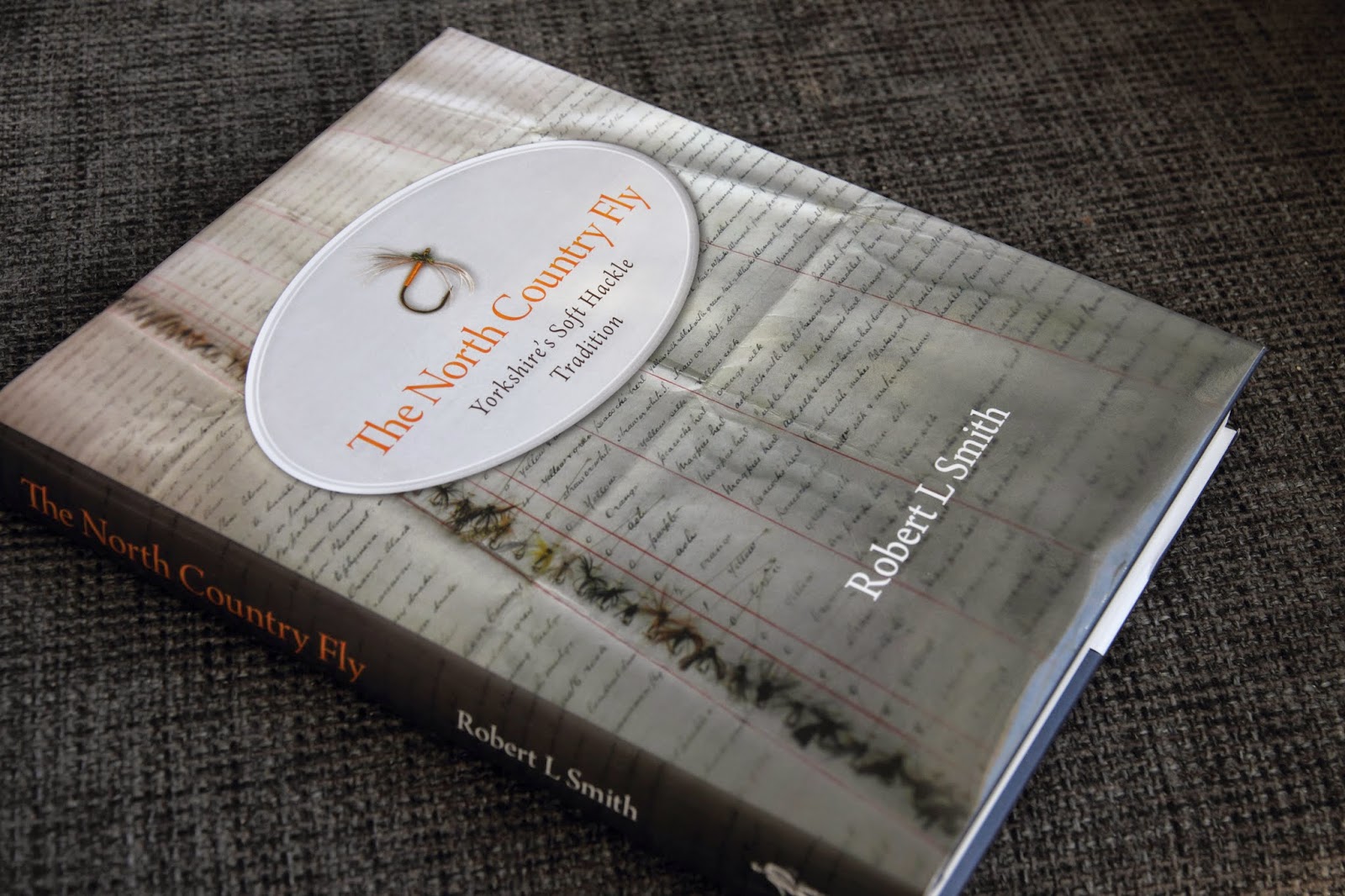 Received my signed copy of Robert L Smith's book "The North Country Fly" a couple of weeks ago, and I must say it's a great book. I am completely surprised by all the information  that's in this new book. I tough that the books I have on North Country Flies were pretty complete. In this book you will find old list's of north country fly patterns from fly fishers living and fishing several hundred years ago in the many different dales of Yorkshire. Really got inspired reading this book and made me even more want to take a trip to the dales of north Yorkshire. 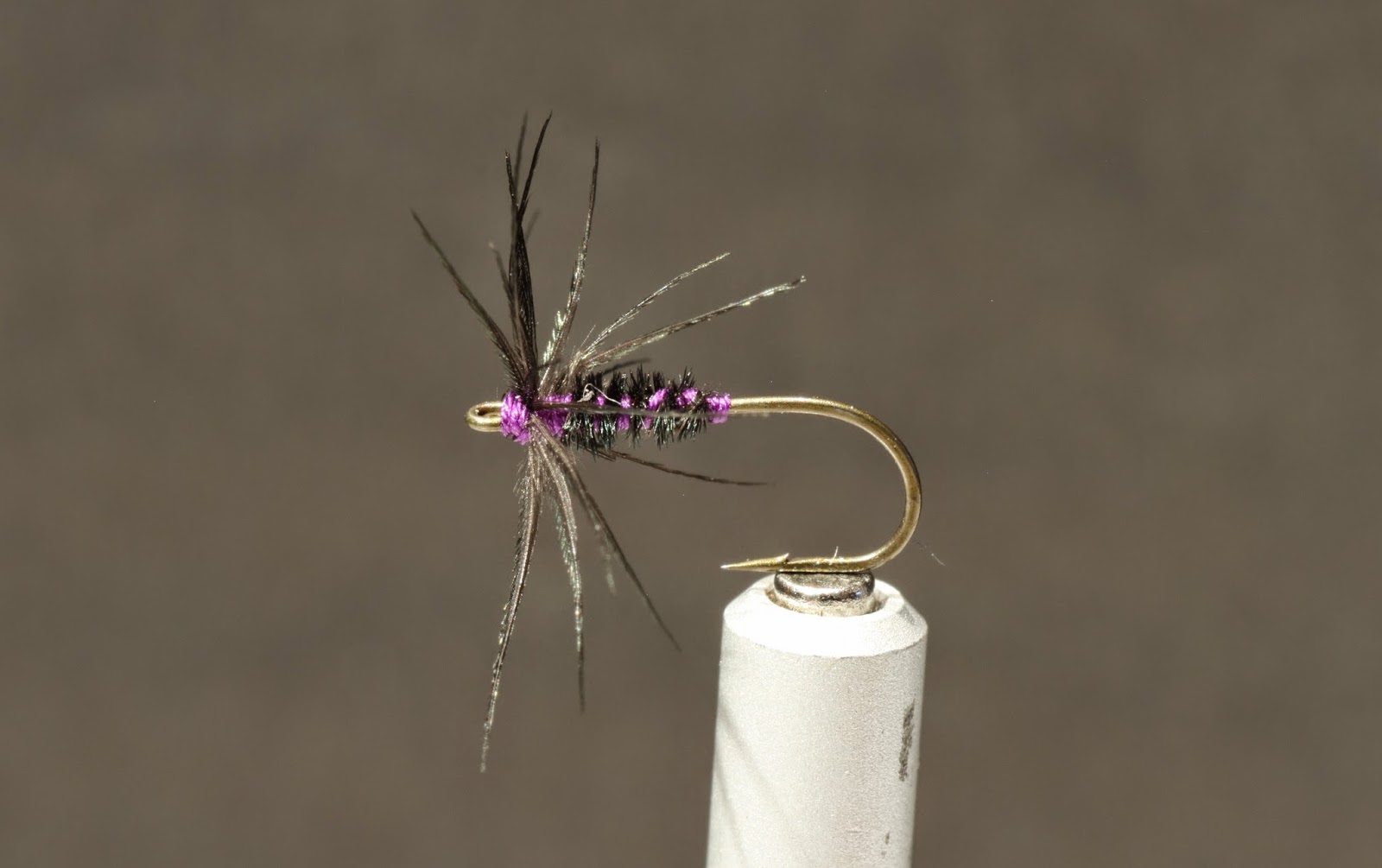 The Little Black, one of the many patterns you can find in this great book about North Country Flies.

Fresh start to the new season 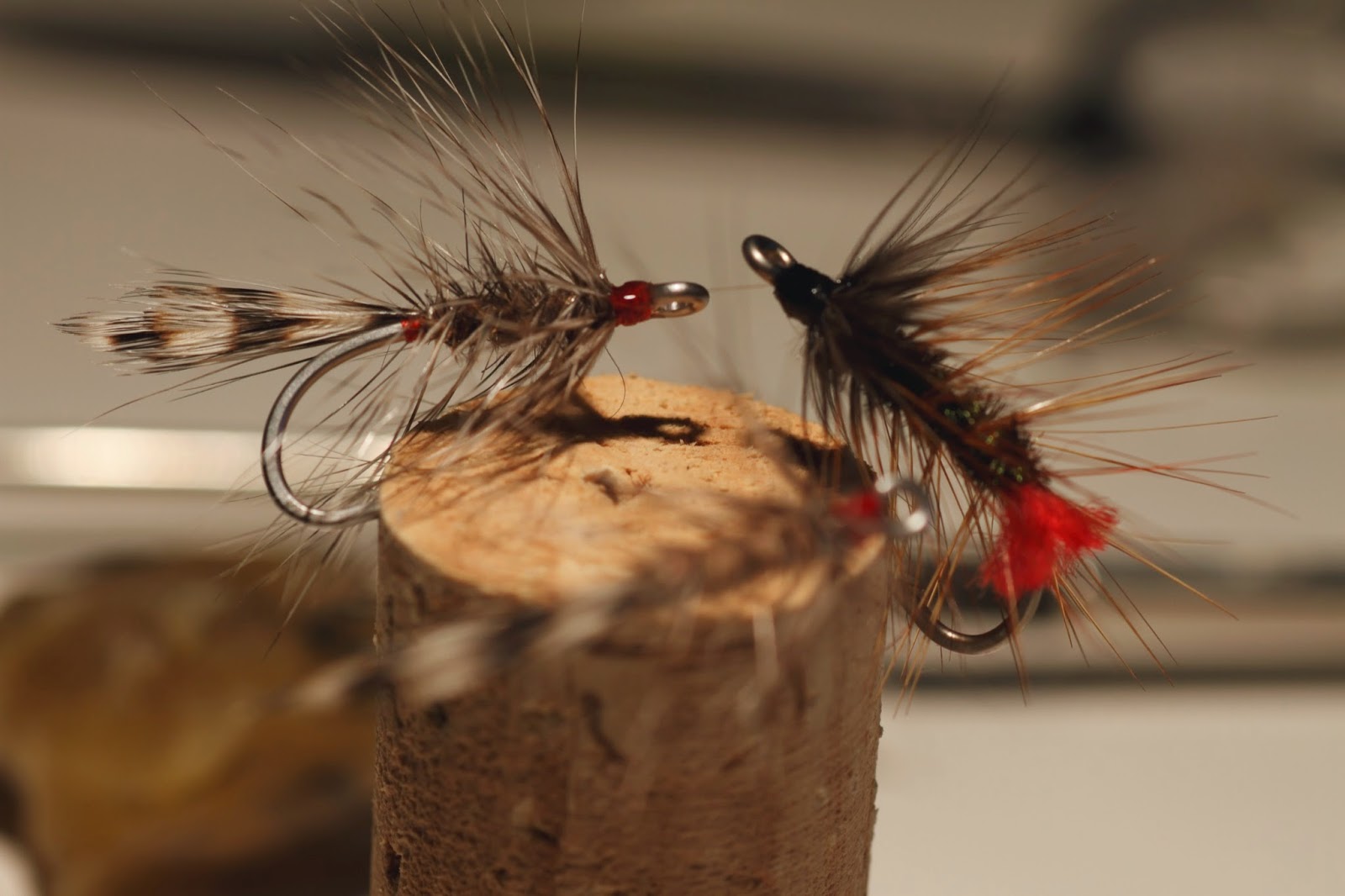 First fish of the new year was a sea run brown, caught on a grizzly soft hackle pattern. The fish was one of those nice fat ones that probably did not bother to swim up in the the river this fall to fool around, much better to be out in the sea were the food is. The other fish I caught looked like it have had some fun in the river this fall, but the silver color was back and the fish was very strong although it was thin after this fall spawning. 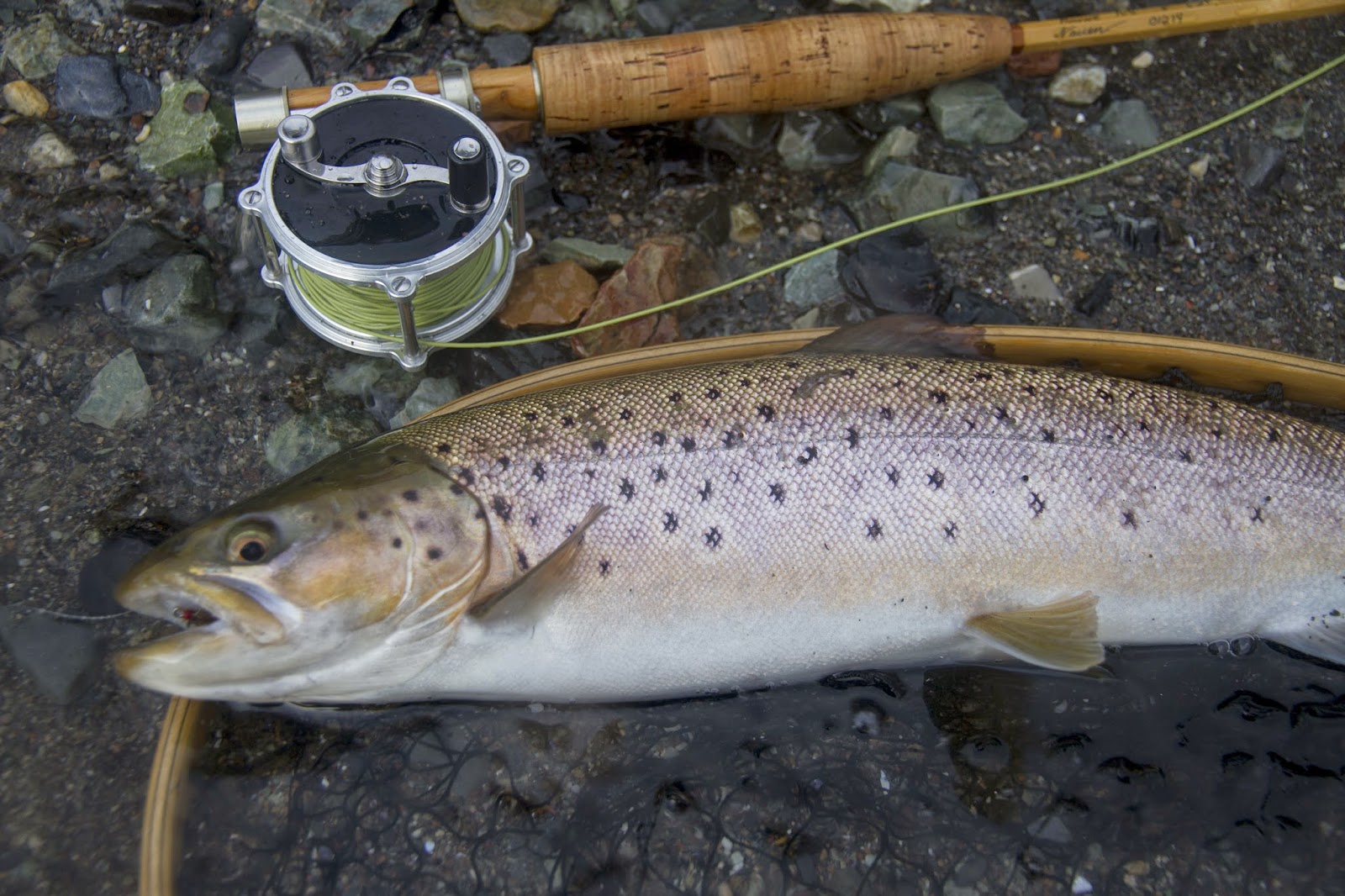 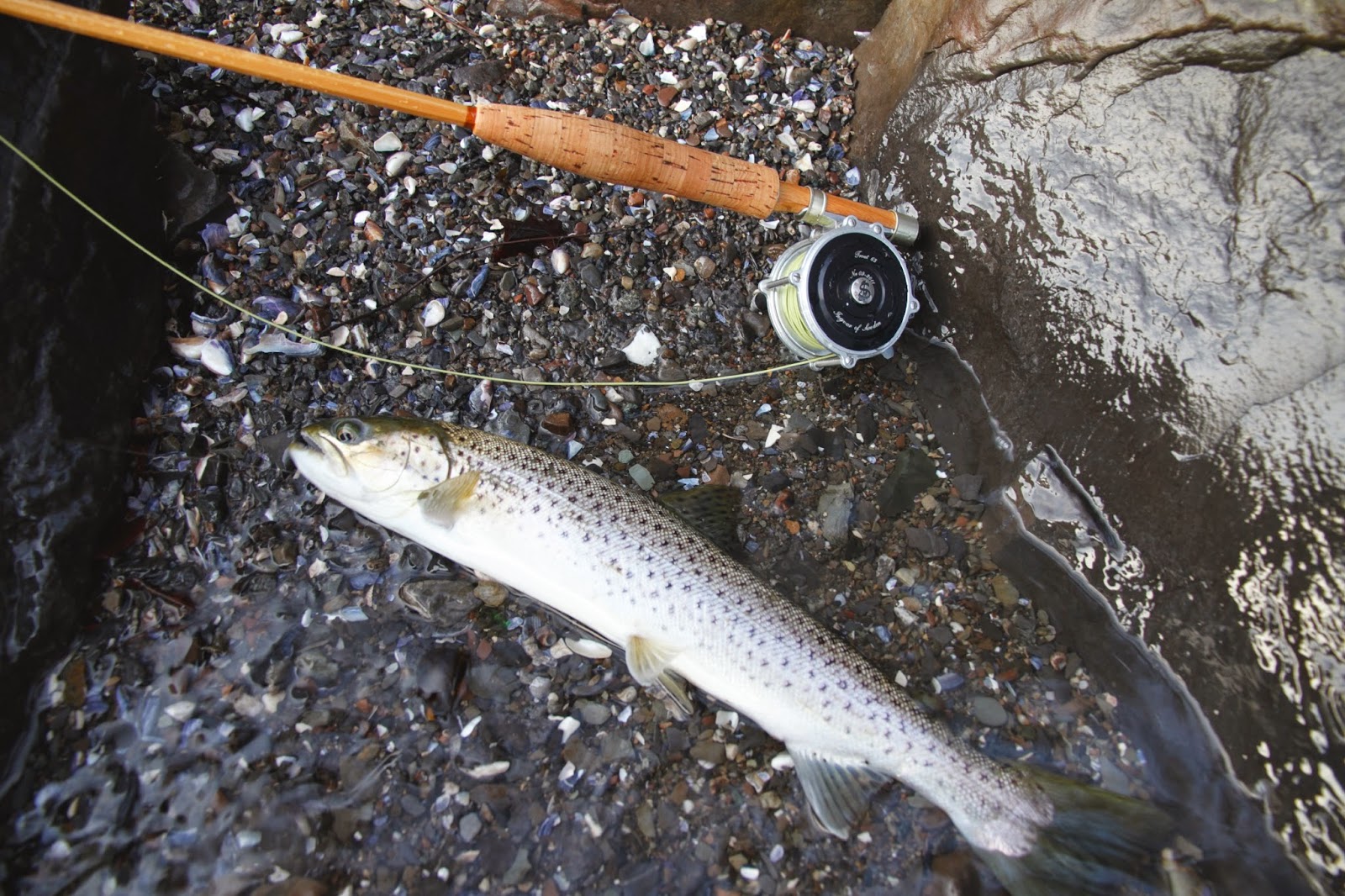 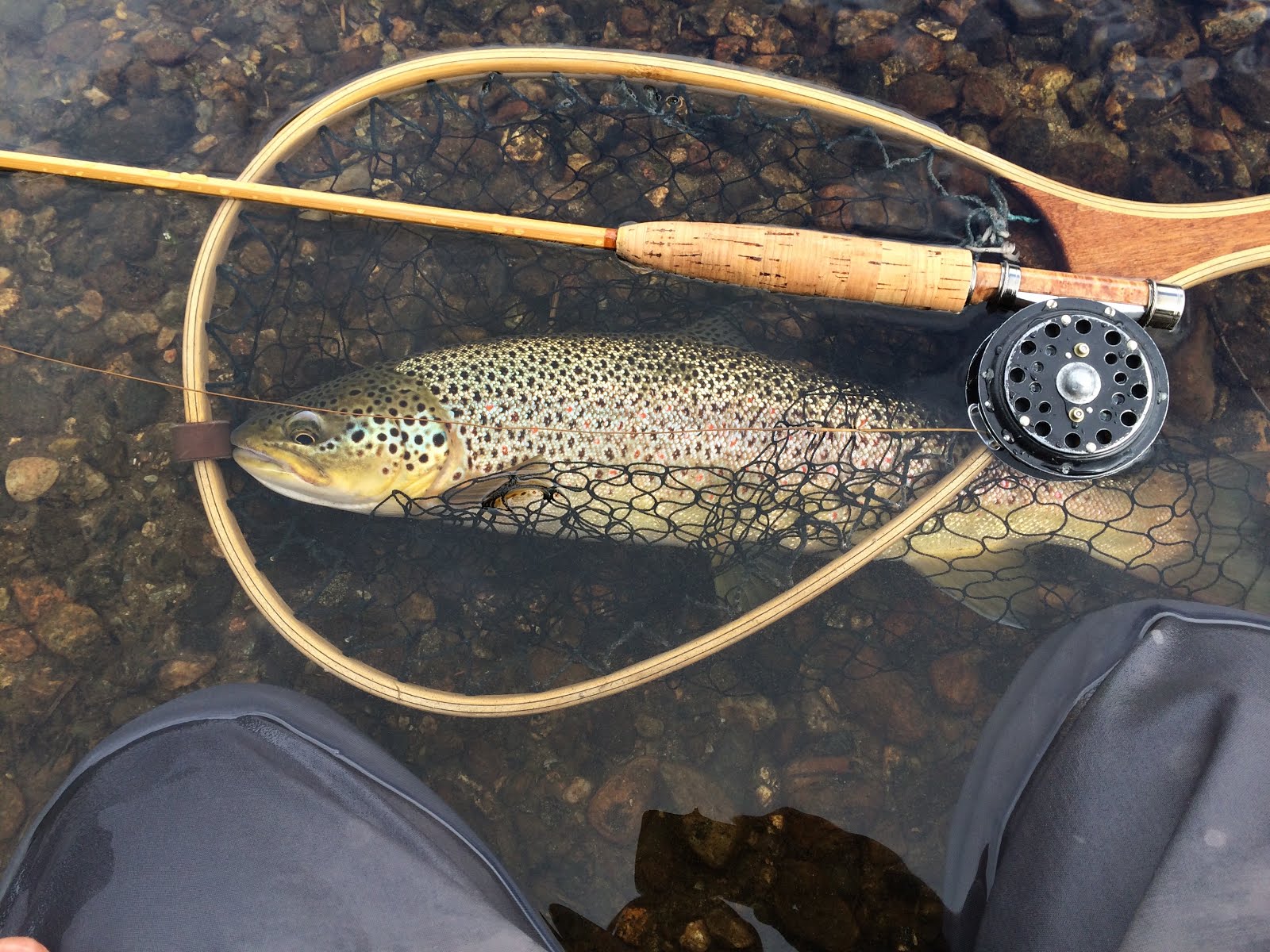 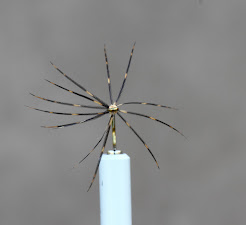